This overview will explain the different Maze Generator options.

Mazes are always constructed completely random. However, there two ways to control the randomness: 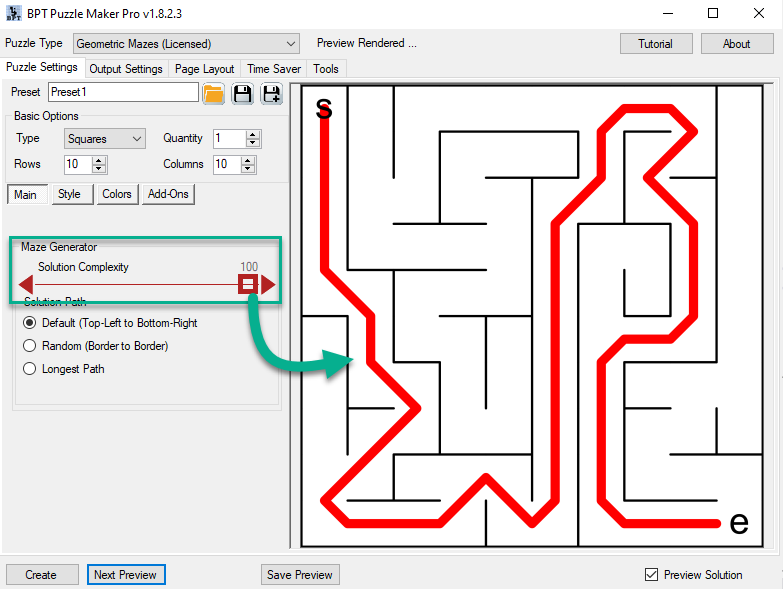 Controlling the type of path

In addition to the maze generator algorithm, you can also choose how you want the path to run through the maze, by setting the start and end points. By default it runs from top left to bottom right, or in the case of circles, from top to bottom. 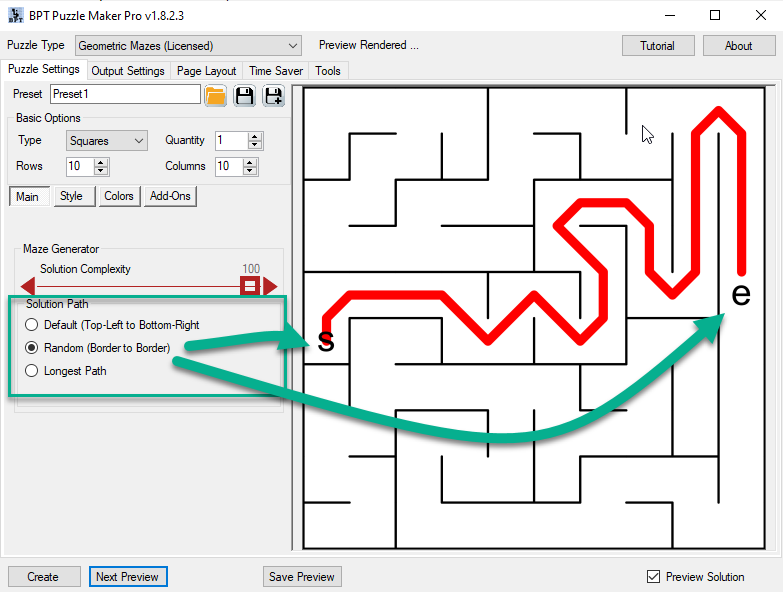 The "Random" Path option will randomly set the start and end points at opposite sides of the maze, as can be seen in the screenshot. 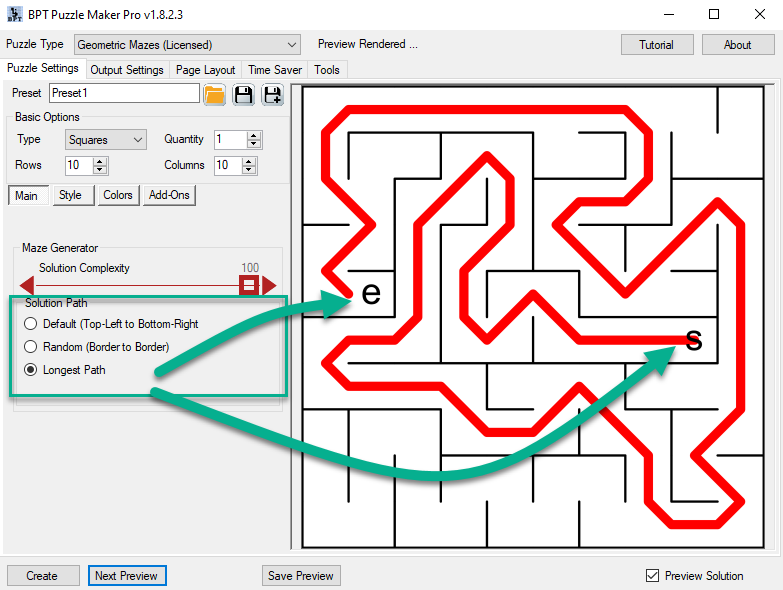 The "Longest Path" option will look over the generated maze, and find two points that have the longest distance to each other (the highest number of intermediate cells to pass), and choose them as start and end points. In most cases the start and end points will be somewhere in the middle of the maze.